The genius of illusion magic that Aichi is proud to present to the world! We covered the magic show by DAIKI.

Large-scale illusion magic shows that attract a lot of people have almost stopped since last year due to the box office restrictions imposed by COVID-19.

To solve this problem, Mr. Daiki Tanaka of Magic Off Illusion, a.k.a. [DAIKI], developed “Drive-in Illusion Magic” where people can watch the show while riding in their cars.

The studio, built in a converted warehouse, allows guests to watch the show on stage while riding in a car.

This way, you can watch the illusion magic with a lower risk of infection. Of course, you are also free to get out of the car and relax on the couch to watch the show.

On this day, two families with eight guests, including small children, got out of the car and relaxed on the sofa and carpet to watch the show.

The advantage of watching up close is that the guests can participate and experience the card magic.

The children’s eyes were glued to the illusions as they unfolded one after another right in front of them. Not only that, but the children can also participate in the illusions on stage.

When the children of the 3 and 6-year-old guests approached the round table, to their surprise, the table floated in the air. Their eyes lit up as they saw the table wandering in the air right in front of them.

Not only that, but when a six-year-old girl lay down on the stage, was covered with a sheet, and was encouraged by the illusionist, she floated softly in the air.

He asked her, “How did you feel when you were floating? She replied, “I didn’t know.

The guests seemed to lose themselves in a series of breathtaking illusions, such as the situation they had imagined in their minds being written on a piece of paper and coming out of a treasure chest, and the cast in the box disappearing in the fire.

There is no doubt that the large-scale illusions that DAIKI specializes in on a larger stage are tourism content that can be used by people around the world.

The Aichi Inbound Association will continue to support DAIKI as a centerpiece of inbound content.

The English department at Okazaki Junior High School affiliated with Aichi University of Education is conducting a project class on the theme of “How can we attract inbound tourists from overseas to Aichi?

This theme is the same one that the Aichi Inbound Association has been working on for some time.

We observed the students’ efforts to prepare presentations for foreigners.

The students are divided into several teams, and each team decides on a sub-theme, such as Aichi’s food, history, nature, and culture, and discusses the content of their presentation.

We were able to advise some of the teams on the experience of the project by the association to attract visitors.

We gave a presentation similar to the one we gave at the U.S. exhibition, introducing the theme and activities of our association.

We also introduced the Japanese Food Expo to be held in Los Angeles next January and the Los Angeles Travel and Adventure Show to be held next March.

We hope that through this visit, the students will further develop their English skills interested in attracting inbound tourists, and I hope to utilize the results of this project class in the association’s activities.

The Rice-planting Experience in Tobishima Village

The farmland that was planted during this work was planted with seedlings of a type of rice for sake called “Yume Ginga”.

This time, the rice planting was done as part of the sake brewing process, which is connected to a series of processes: weeding this summer, harvesting the rice in the fall, brewing sake in the winter, and pressing the sake the following spring.

In a light rain, the participants were knee-deep in water as they planted seedlings at 30cm intervals, following the instructions given by Mr. Tatematsu.
When we looked back at the seedlings after planting, we realized how difficult it was to plant them as the rows were crooked and the spacing was uneven.

After the rice planting experience, participants will have a chance to ride on the latest model of fully automatic rice transplanter.
Even if you have never driven a rice-planting machine before, once you get behind the wheel of the automatic GPS-driven rice-planting machine, the machine will automatically correct its course and plant the rice in a straight and clean line.

After the rice planting experience, the participants had a great conversation about the next summer’s rice growing process.

We very much look forward to meeting you at the next event.
Thank you.

Participated in tea picking for matcha.

“Hachiju-hachi-ya” is the 88th day from the beginning of spring in Japan.The date will be around May 1st every year.Tea harvested during this season is very tasty and has been valued for centuries.

Nishio City in Aichi Prefecture, which has an established reputation as a producer of high quality matcha green tea, offers to experience the tea picking workshop in Nishio during this season.

First, you will enter a green tea factory to see how tea leaves are ground on a stone mortar.You can also experience the actual grinding of tea leaves by turning a stone bowl by hand.

While being taught the basic manners of the tea ceremony, we enjoyed this year’s matcha green tea and Japanese sweets and had time to contemplate the tea.

After a few minutes of walking from the tea factory, we arrived at a tea field covered with black sheets.The reason for the sheeting is to prevent the tea from growing too fast in the sunlight and losing its original flavor.

Plucking bright green tea leaves under a sheet, surrounded by the scent of fresh tea.The tea picking workshop ends with a bag full of fresh tea as a souvenir.

We very much look forward to meeting you at the next event.
Thank you.

At the “Marriage of Sushi Nigiri and Japanese Sake” event held in March, foreigners were able to taste the local sake selected by the president of “Sakura Sake Shop”.

People from the United States, Spain, Germany, Vietnam, the Philippines, China, and Mongolia participated in the event.

It was very interesting to see the reactions of those who were drinking sake for the first time.Some of the participants were such sake freaks that they had their own sake fridges at home and stored over 100 bottles of sake, which made the event very exciting.

Watch the video to see what the participants had to say about sake.

We held a sushi nigiri (hand-rolled sushi) experience and marriage with Japanese sake for foreigners living in Japan.

Our new video is available on Youtube! You can check out the new video here.

Sushi chefs from “Yatai zushi” explained how to make rice and roll seaweed, etc., hand-in-hand, so that even first-timers could make sushi.

Mr. Kondo, the president of Sakura Sake Shop, also known as the “Prince of Sake,” conducted a sake tasting with local sake carefully selected by him to go well with sushi.

Bentenya, a group of seven women from Nagoya, advertised their Hatcho miso powder in “Chindon’” that kind of Japanese band.

We received comments from participants such as “The sushi making experience was interesting!” “I didn’t realize how delicious sake could be.” and “Watching a Chindon performance was fun.

We very much look forward to meeting you at the next event.

The event was held at the Miyako Hybrid Hotel in southern Los Angeles with influencers from all over the United States connected by Zoom, and the video was broadcast live on YouTube.

in news /by wpmaster

We took part in the pressing process at Mizutani Sake Brewery.

At Mizutani Sake Brewery, we participated in the process of pressing sake.

There is a process called “上槽(Jo^so^)” to squeeze the mash that has matured in the vat (tank).

As the name suggests, “袋吊り 雫どり(fukuro-tsuri shizuku-dori)” is a method of extracting new sake by placing the mash in a strong bag and hanging it in a tank to collect the drops that naturally drip down. It takes a lot of time and effort, so there is a limit to the amount of sake that can be made, but sake squeezed this way is said to have a completely different flavor than sake squeezed by machine.

We had the privilege of witnessing the “袋吊り 雫どり(fukuro-tsuri shizuku-dori)” process, so please watch the video.

We have enjoyed authentic Mongolian cuisine at the Mongolian restaurant “Sato”.

We have enjoyed authentic Mongolian cuisine at the Mongolian restaurant “Sato”.

Mutton has a function to boost your immunity so if you eat Mongolian food, you will less likely get sick.

We held a tasting party of “Miso Duqqa” 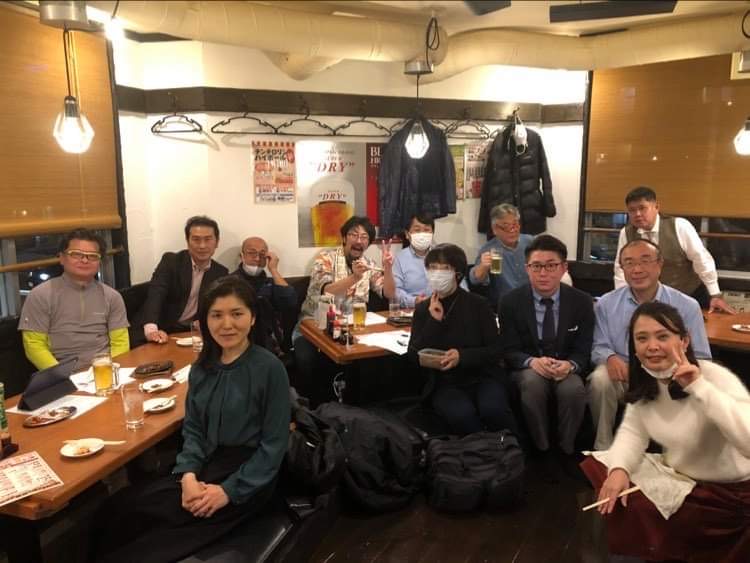 We held a testing party of Japanese-style seasoning “Miso Duqqa”, which is developed by a member of our association.

We gathered foreign residents at “Yakitori Teppan Aoicho” in front of JR Chikusa Station to provide sample foods and listened to the opinions and suggestions from foreigners. “Miso Duqqa” will soon be commercialized and will be sold to countries around the world, starting from the United States.

in Information, news /by wpmaster
Page 1 of 212